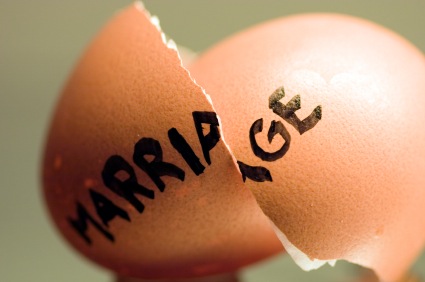 Since our wedding three years ago, eight marriages have taken place within our social circles.

Five of them are already over.

I don’t purport to know anything about what goes on in anyone’s marriage. You can never know what is happening behind closed doors. All I can speak on is simply the melancholy I felt after hearing of the latest Couples Casualty just this past weekend.

Divorce happens. I get that. I would never proclaim that people should stay married no matter what. Of course there are always valid reasons for a divorce. Even if the reason is simply that you just don’t want to be married anymore–well, that’s still a valid reason, perhaps even a great reason, because why stay in a marriage if you truly don’t want to be in it? That’s not fair to your spouse or even to yourself. So… I get it. But even so, there’s just something gnawing at me specifically about the dissolution of unions that occur after only two or three years; something that, honest-to-goodness, I am left in earnest to sincerely wonder: if the reason for divorce falls anywhere under the umbrella of  “irreconcilable differences”, then can you really already know that to be true?

For us, even with the regular, everyday run- of- the- mill squabbles, the first two years (which included two babies under two!) was still essentially our honeymoon phase. It wasn’t even until the second or third year before we had a clash so monumental that it took my breath away and caused an immediate “OMG am I heading for divorce already?” type of panic. And truthfully, that panic was real. Maybe that’s everyone’s first thought when such a fight occurs. And because that panic is so deep and palpable, it can be extremely hard to see beyond that. The fear even mounted as days went by and the anger was not dissipating. The tension was so great that we couldn’t even attempt for two seconds to be in the same room, let alone speak to one another. It was a dark and scary period, to say the least. For a newlywed experiencing that for the first time, I can genuinely see how such an incident could spur on thoughts of ending the marriage.

But, as all storms do, it eventually passed. Finally, cooler heads prevailed and allowed for meaningful communication. Not that every issue was fixed. And I’m not sure that they will ever all go away. In marriage we may have “become one” but we will always and forever still be two different people. So much of our generation has delayed marriage and has already lived on their own well into post-college adulthood that one would be hard-pressed to think there is much one can “change” about the other at this point. What I’m learning is that is possible to better adapt to his ways and to focus more on changing and controlling only my own behaviors and (re)actions, not his. If I had chosen to run at the first sign of a breakdown in communication then I would have already thrown in the towel as well. But whenever I would start inching along that line of thinking, it’d quickly be replaced by the thought of calling it quits after just 2-3 years just seeming so…premature. And I would think to myself, “Have I really even been married long enough for me to come to so foregone a verdict?” Thinking back on all our time together, I would remind myself that there have been way more good times to count than just this small finite glitch. And with that perspective, even in my deepest moments of anger, I was able to conclude that giving up at so early a juncture in our alliance just didn’t seem all that logical.

That was just the first time.

We’ve had some other blips since then, those maddening moments of supreme annoyance and irritation, the majority of which vanquished just as quickly as they came; with but only one or two that may have hung around longer than I’d have liked. In those moments, I allowed myself to feel angry, to acknowledge that I’m really not feeling him right now, and to accept that that’s okay. Giving myself permission to feel that emotion better helped me recognize that even in those precise moments of maybe not liking him, I knew very much indeed that I still loved him.

In any previous relationship, those moments would have seemed insurmountable and plenty reason enough to leave. I’m sure many of us have ended relationships early on as the effort to improve and sustain it just didn’t seem worth it. And at that time, it probably wasn’t. For me, it was always easy enough to end things when a guy was a complete ass (which was, unfortunately, the case more often than not– I don’t miss dating at all). But there were also times I swiftly called it quits even for the few that were nice enough but just simply weren’t for me. And that was ok, too. That’s exactly what dating and using that period of self-discovery was for. While on that road of self-discovery there were many times that I only had more questions than answers, but even then, the one thing of which I felt certain was that I wouldn’t jump on the first thing smokin’ just to be able to say that I was married. My belief was strong that I could happily live a complete and fulfilled life pursuing my interests with none other than my own company to keep (and otherwise surrounded by family and friends) so the notion of potentially never marrying had not been a scary one for me. There was no desire for (or fear of not having) a wedding dreamed of  since childhood. There was never any ensuing panic over my advancement in age and that marriage was what I needed, was supposed, or what was expected (from family, society, or otherwise) to do. But I was never opposed to it, either. I just knew that if I did do it, what I preferred more than a lavish wedding and more than just wanting to be married, was an assured conviction from within that this is the right person and the right time. What I wanted to feel was, that in accepting (of course) that nothing in life is guaranteed, taking this step was still something that I could not have been more sure about than anything in the entire world. That I could walk down that aisle without having a single shred of doubt–because, to me, even but a moment of cold feet would have implied that I just simply wasn’t ready. What I needed to know beforehand was that when those inevitable moments of conflict would eventually arise, that my first thought wouldn’t be to just shrug and dismiss, unable to be bothered. Because this time, for the person I thought well enough of to marry, the work put in to improve and sustain would finally be worth it.

Maybe marriage isn’t for everyone, and maybe that too is okay. If marriage is but a social construction, then reason would follow that one doesn’t have to do it. And that if one chooses to, it would be out of a true and deep love and respect for the other; a foundation so basic and yet so solid. So then, with the divorce rate as it is, it would appear that people may be entering unions for far worse (or at best, potentially misguided) reasons. And who knows the gamut that those reasons could run! Loneliness? Fear? As a means to escape? Maybe it was because all their friends got married and they were the last single one left of the group. Perhaps the step was taken as it’s what family and tradition expected, or even more pressing in nature, what custom, culture, or religion dictated. We likely can’t put it past anyone that someone, somewhere has indeed gotten married just because all they really wanted was a really big party and their day to shine. There’s probably no limit to the number of hidden but real reasons people marry, plunging headlong with minimal to no regard in the act’s significance, holding a breezy opinion that should one simply change their mind, one can just as simply get a divorce.

And so, when it all falls down, one wonders: perhaps the decision to marry was not wisely made to begin with? But if this holds true for many, what exactly can turn the tide? Should it be required by law that instead of (or perhaps rather, along with) the mandated period that couples must be separated before a divorce is granted, there should also be a mandated amount of time before a marriage license will be issued, with required counseling throughout said time? Maybe something like that could help; and at any rate, it sure couldn’t hurt. I wouldn’t have been opposed to or offended in any way if it had been required of us to undergo counseling before marrying. It would do anyone well to fully understand before going all in that “wedded bliss” is not every day. What is every day is the conscious choice we make to stay married.

Look, I can count on one hand how long I’ve been married and still have fingers left over, so at the end of the day, what do I know? Not all that much, and I’ll be the first to acknowledge that. But I was fortunate and blessed enough to enter matrimony with the wisdom and knowledge bestowed upon me from generations of lasting unions. My parents have been married 41 years, my aunts and uncles, grandparents and other relatives before them even longer. Through them all I’ve witnessed firsthand no truer a statement than “marriage has its ups and its downs”. And yes, there have also been divorces in my family; some after a few years, some even after decades of marriage. But even those experiences, in seeing how it all unfolded and how they ultimately came to that decision, all provided valuable insight as well. It is from these familial lessons imparted upon me that I hope I am better equipped to know not just when to walk, but when to work.

6 thoughts on “The Two-Year Itch”