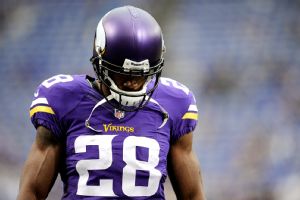 Hannah Foslien/Getty Images
Adrian Peterson’s season is likely over after arbitrator Shyam Das ruled in favor of the NFL.

Yesterday evening an arbiter sided with the NFL in the case of Adrian Peterson and upheld the decision to ban him from playing for the remainder of the season.

I am satisfied with this resolution and with the fact that the NFL seriously addressed this incident. I can only wish that Adrian Peterson also felt the same gravity of the matter. I’m not yet aware of any about-face that he’s made, but in the beginning at least, he did not appear to be any bit of remorseful, stating publicly that he felt conviction in his actions and that this was how he was brought up. I understand that in so many cultures, particularly that of the black American community, the history of spanking runs deeeep, more so than I can ever begin to address in this post. Nonetheless, I get it. I know where it comes from and I understand the thought process behind it. But I do feel that we’ve got to stop hiding behind this door of an excuse that “that’s how I was brought up”. That may be so, but that doesn’t particularly make it ok.

I’m not going to go so far as to say that parents shouldn’t spank their kids. I’m not necessarily a proponent of it, and sure, in a rainbows and unicorns world, it wouldn’t exist, but ultimately I believe it is a personal family decision. Both Hubs and I received spankings as children, and for the most part I think we both turned out ok. We are law-abiding adults that both have good relationships with our parents. Neither of us are prone to violence. But could the case be made that our history of receiving spankings has lent a hand in having short tempers and experiencing anxiety and bouts of depression? Maybe. Even if I were not aware of those potential links, I would likely have wanted to steer away from spanking anyway; philosophically, because it doesn’t make sense to me that we would use on our own flesh a practice that was barbarically inflicted on our ancestors, and logically, because what good comes from intentionally inciting feelings of sadness and rage in a child? On both accounts, it does seem rather counterintuitive.

Now that we are parents, we are choosing to employ alternate means of discipline as our first line of defense, but the truth is that we have at times delivered swift spankings to covered bottoms if such a situation felt warranted. It is not at all my preferred method of discipline but I can understand and agree with the truth that sometimes you do need to get your point across both immediately and effectively. If the parent can retain a level head throughout the action, and the discipline is followed with an age-appropriate discussion to ensure the child understands the reason and rationale, then I can understand that sometimes this approach is what works in the moment, even if it is not the best approach overall.

But to use as a means of (purposefully) injuring a child, that’s the part I can never agree to. Even if it wasn’t a parent’s intent, but they simply are not responsible and capable enough to always be cognizant of their own physical power and to keep their emotions in check, then that is a compelling enough reason why it’s not the best option for most parents to utilize. The slope can just be too slippery and the line too thin between an acceptable spanking and inarguable abuse.

Even on the occasions I have attempted to spank, my children like to tell me later that “it didn’t hurt”.  And the truth is, it probably didn’t, because I didn’t intend for it to. I can’t ever imagine approaching small, defenseless children with any type of brute force. A quick swat on their bottom from me mostly delivers a moment of  shock and surprise to steer them into corrective behaviors immediately, but not to inflict pure pain. To leave marks, cuts, and bruises on your child’s flesh, on his scrotum, so severe that he needs medical attention? If that allegation is true then Adrian Peterson more than crossed the line. That is not a spanking. That can only be classified as child abuse. I sincerely hope he uses his time off the field to recognize the difference and reevaluate his methods.

4 thoughts on “A Thin Line”