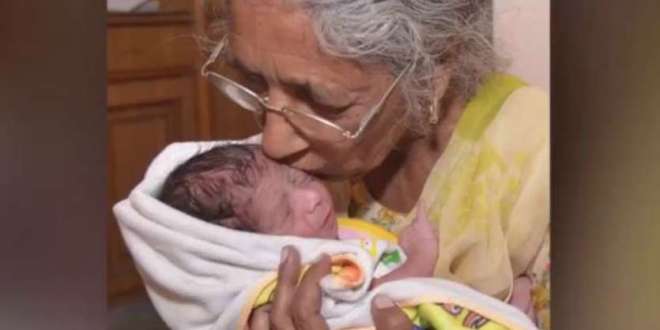 As reported in the news a few days ago, doctors have raised ethical and health concerns after a 72 year-old woman recently gave birth to her first child following two years of IVF treatment. I understand the initial ethical question over whether or not IVF should be performed on a woman of advanced age and the concern over the health and viability of would-be baby. But given that the doctor does his/her due diligence in determining that yes, this woman is physically capable of doing this and has as much chance of any other woman in delivering a healthy baby, then hasn’t that doctor done their job?

At that point, the question becomes that of a moral nature: just because she can, does that mean she should? But really, can’t that question be asked of any parent of any age? Certainly there are women within the standard child-bearing age-range that shouldn’t be parents for any number of reasons. But is advanced age alone reason enough to question whether or not one is fit to parent?

After reading the innumerous and, shall we say, “strongly worded” opinions of the public, it appears the answer to that is a resounding”yes”. There were a few congratulatory posts but most seemed to follow along with the sentiment that this couple was not only thoughtless and irresponsible but also selfish and greedy. I won’t deny that my eyebrows immediately raised upon reading the headline as well. My first thought was also, “they are way too old to have done this”. But after looking at their happy pictures with their beautiful baby boy, it just wasn’t lining up to me all the vitriolic and venomous comments I was also reading. And so it forced me to stop and think about this a bit more deeply: what really is the big deal with them being older parents?

Are there not countless elderly persons all over the world that are already the sole guardians of their grandchildren? From drug abuse and abandonment to military and careers, there are thousands of children not with their biological parents and are instead being raised by Nana and Pop Pop. Do we bat an eye at these children? Do we insist they be put in foster homes because their grandparents are 70 years old and therefore on the precipice of death? No, instead we generally deem this as not only socially acceptable, but a noble and valiant endeavor on the part of the grandparent. So why is this 70 year-old mother looked at any differently?

She was clearly fit enough to carry this pregnancy and safely deliver at her age now, so the potential is already there for her to live many more years, quite possibly long enough to see this child into adulthood. Some may argue that even if she lives that long, how can she ever keep up with a toddler? Is it unfair to the child that they won’t have parents that can run around and play ball with them? But again, is that really guaranteed to a child with parents of any age? There are 30 year-olds that are wheelchair-bound, or blind, or face some other physical limitation that prevent them from chasing their children around as well. But would we ever suggest that they shouldn’t be parents? Is there not a chance that a virile, strapping 27 year-old father could die tomorrow from cancer? That a 40 year old mother could be rendered paralyzed from a car accident? There are children of deceased or differently-abled parents the world over and we aren’t passing swift judgement that they must be receiving unfit parenting and have unfair lives. So really, why is this any different?

There is risk in everything that we do and tomorrow is not promised to any of us. There’s no guarantee that at any age or stage of life that we can healthily birth and parent a child to adulthood with no chance of any trials along the way. Whatever your opinion on the matter, even if you think it the most reckless and selfish thing that could possibly be done, there is no longer any turning back. At the end of the day, the child is already here, and now that he is, he is a life to celebrated, enjoyed, and cherished. By all accounts, it seems his parents will certainly do that. They seem thrilled to have him here. As long as they care for him, for however long they are here to do so, then there doesn’t seem a huge likelihood that this child will grow up resentful for having “selfish” parents that gave him life. I think a better scenario is for us as the public to not be the selfish ones by depriving this precious child a warm welcome to the world; instead, let’s wish these parents well!

One thought on “When a 72 Year-Old Woman Gives Birth”