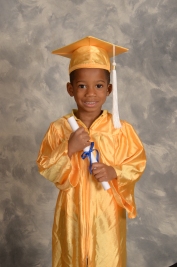 You’ve been excited about Kindergarten since the day of your preschool graduation, asking only moments after the ceremony conclusion if it was time to drive to your new school. And you continued to ask repeatedly since then, every afternoon when I picked you up from summer camp, if this was your last day coming here. Finally my answer was, “Yes, today is indeed your last day. You won’t be coming here again. On Monday you will start Kindergarten.” And almost immediately you began to cry.

My heart did break a little for you, and a little for myself as well! You would think I’d have it more together this time around, after all, we just went through this only one short year ago. And looking back now, it’s laughable how unnecessarily anxious I was seeing as how  your sister took Kindergarten by storm on Day One. But it still felt different for you. Whereas your sister has more of the go-get-em attitude and was always eager to move on to the next thing, you’ve been my more sensitive soul who, excitement notwithstanding, does not always transition with ease. You’ve always had difficulty when it was time to move on to the next age group in preschool and would experience anxiety and regressive behavior for the week or two that it would take you to settle in and adjust. What tended to help was that your same friends you’ve had since you were a year old would typically be transitioning as well. Having their familiar faces and companionship eased your adjustment. But this time they would not be coming with you.

NOT a confident smile 😦

On the morning of your half day introductory class, you were fine at home and during breakfast, but once we entered the school and stood in line, your nerves all came tumbling out. You started pulling on my shirt, nervously repeating that you didn’t want to go anymore, and when I gently but firmly stated that you had to, tears began welling up in your eyes and you begged me to stay with you. I couldn’t help but tear up at the sight of your face awash with worry and uncertainty as the teachers whisked you away down the hall. 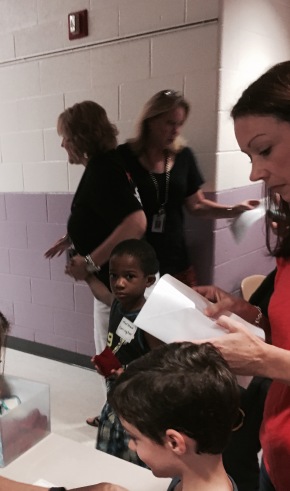 My poor baby, so uncertain and unsure

But when I returned to pick you up a few short hours later, you were all smiles as you bounded into my arms. As we walked down the hallway, I asked “Well, how was it? You seemed so worried this morning when I dropped you off!”  And your matter-of-fact reply: “I was, but Mommy, it all turned out fine”

After that success, I thought we were good to go, but turns out your butterflies had not all disappeared. A few days later, on the eve of your official full-length first day, you told Daddy as he was tucking you into bed that you still didn’t want to go and that you were going to miss all your old friends. Daddy expressed to you that he understood but that it would be exciting to make new friends as well. You replied that no, it would not and you were not going to go.

But of course you did go, and on the morning of, I sensed the return of your nervousness. While you obliged the requested smiles for the millions of pictures taken by your paparazzi parents, the moment the flash went off, your face would immediately fall and your unusual quiet would resume. You barely eeked out two words as we gushed excitedly over your cubby and chair and pencil and name tag. Failing to conjure any excitement on your end, we shrugged, said our goodbyes and left.

But as I had hoped and expected, by the time I picked you up that afternoon, you had done a complete turnaround, bubbling over with excitement and wonder as you recounted the details of your day. And now, days later, you’ve already finished your entire first week, and each day you’ve had more of the same earnest and awe. Going through the cafeteria line and opening your own milk carton, traversing the school hallways to the library and gym all on your own, riding the school bus in the afternoon: you are delighting in these new adventures and it is an absolute joy to experience it along with you. Your excitement is so palpable and contagious that it has become a highlight of my day to learn how your day went and to hear you breathlessly describe to me all that you did and learned.

In the car on the way home, you shared with me that although you have made some new friends, Ashley from preschool is still your best friend and you really miss her. We promised we would contact her parents for you. Satisfied with the realization that you will one day soon see her again, you expressed that you no longer want your old school anymore and that you now like Kindergarten and want to stay there forever and ever. Well, sweet boy, I don’t know about forever, but the next 180 days sure sounds like a good place to start.

2 thoughts on ““It All Turned Out Fine””